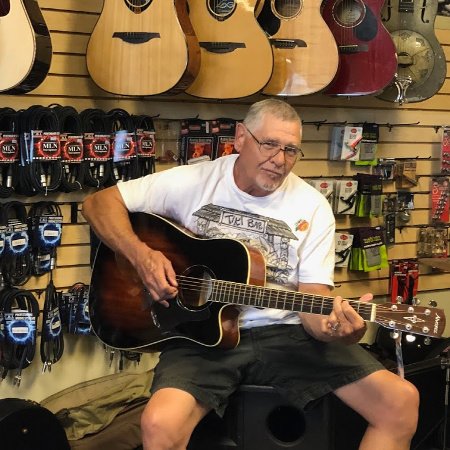 “Krazy” Mike is one of our guitar teachers. He is a 64-year-old veteran, and he is the father of one, grandfather of two, and godfather of three. He enjoys golfing and teaching guitar, but especially teaching guitar. His favorite band is The Sons of the Pioneers. Mike always has a joke or a pun ready for you, and he says that “Man cannot live by bread alone, you must have peanut butter!” 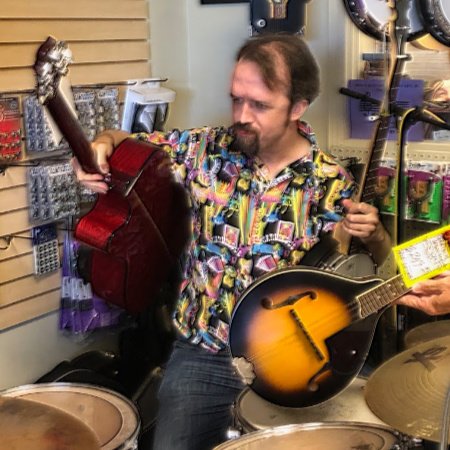 John is a professional musician and intergalactic funk pirate, raised by possums on a distant swamp planet near Athens, GA, who landed in Middle Georgia in 2011, after years of music school at UGA and Columbus State, on the road with touring bands in many styles of music, and as a public school band director.

In addition to music, John is a magician, poet, cat whisperer, inventor of the moon, and a truly abysmal bowler.

John is available Monday through Wednesday. 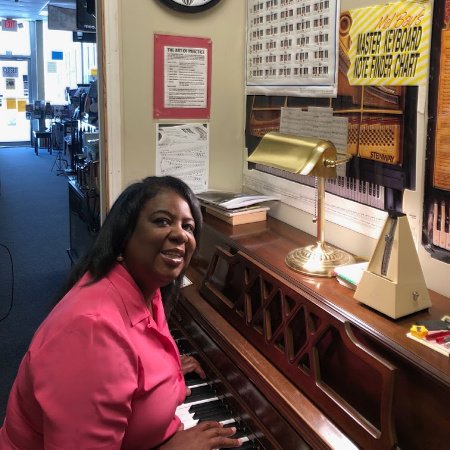 Rosmary is a classically trained pianist with over 30 years of experience.

Rosmary started playing at the age of 12, and went on to be admitted into the University of Arizona where she majored in Music Theory and Composition. She is also a songwriter, composer, and a producer of Grammy nominated works.

She has taught piano and voice for both professional and religious organizations, and she has served as musician and choir director at International City First Born Church of the Living God for the past 15 years.

Rosmary is available Monday through Thursday after 2:30 PM. 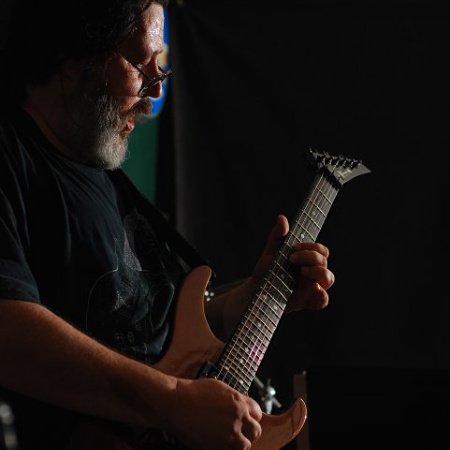 Foster is the founder and president of Music Masters. He is also one of our guitar teachers. He is the guitarist for the band Big Hairy Monster and he also plays guitar in the City Church band in Warner Robins. He has three children, and one of them works here with him! Foster enjoys spending his free time playing shows, practicing with his band, and hanging out with his three grand kids, his children, and his wife.